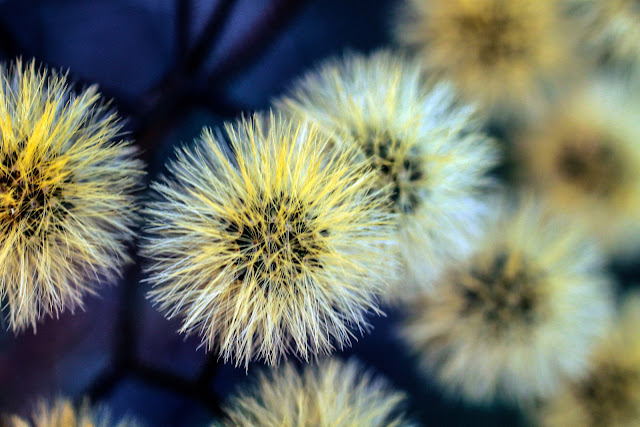 This is the seedhead of a Showy Goldenrod, played with a bit in Photoshop. I don't think the flowers are as showy as the seedhead.
Posted by mary.anne.gruen@gmail.com at 1:38 PM No comments:

Email ThisBlogThis!Share to TwitterShare to FacebookShare to Pinterest
Labels: goldenrod 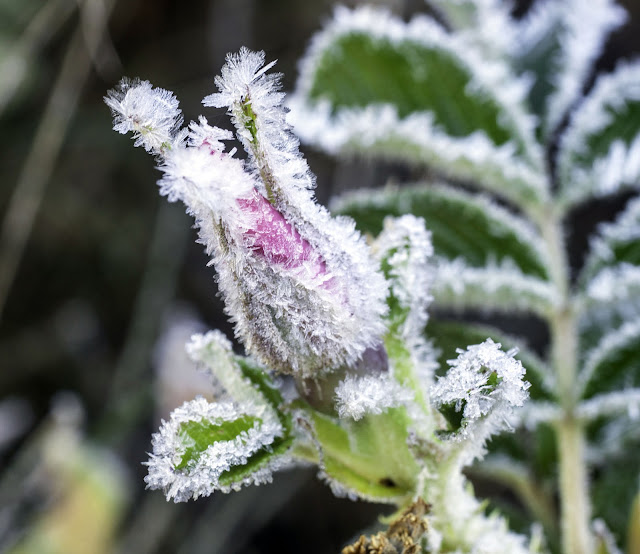 In our corner of the Adirondacks we've already had our first hard frost.

First frost pictures are always dramatic! Like this one here of a rose bud covered in ice crystals.
Posted by mary.anne.gruen@gmail.com at 3:04 PM 1 comment: 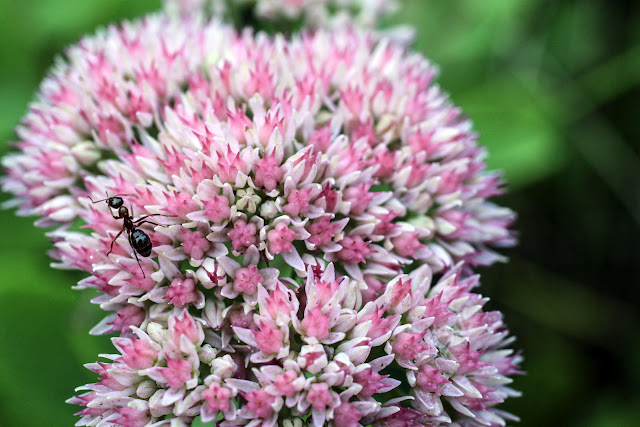 In honor of Fall and the ant kingdom, here are a couple of pictures. The first is of an ant walking about on a plant that's called an Autumn Sedum. There's a close-up of the ant below. I love nature pictures that include tiny wildlife like this. This ant was pretty easygoing about posing.

I once photographed a bumble bee for several minutes on a flower where he had probably just spent the night. New queens and males leave their original colonies at some point later in the summer to begin the cycle over again the following year. During that time they will often spend the night on a flower and are generally pretty patient about being photographed. This one time, though, the bumble I was taking pictures of grew tired or it and started waving a foreleg at me as if it was say, "Aw, go away! I'm trying to sleep!" 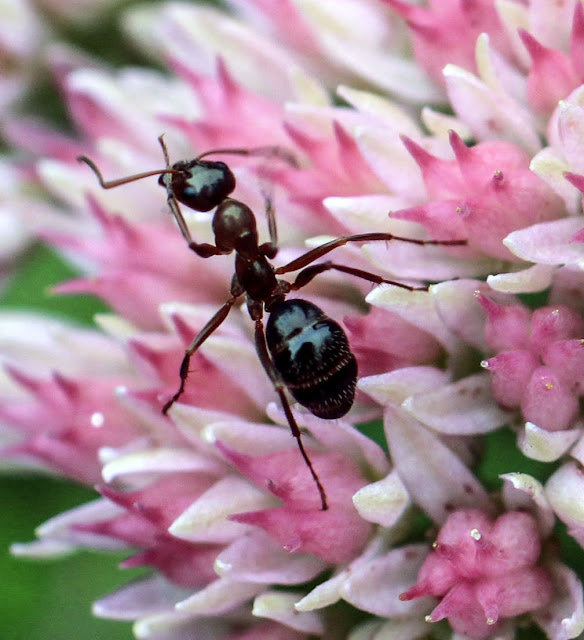 Posted by mary.anne.gruen@gmail.com at 2:21 PM 2 comments: